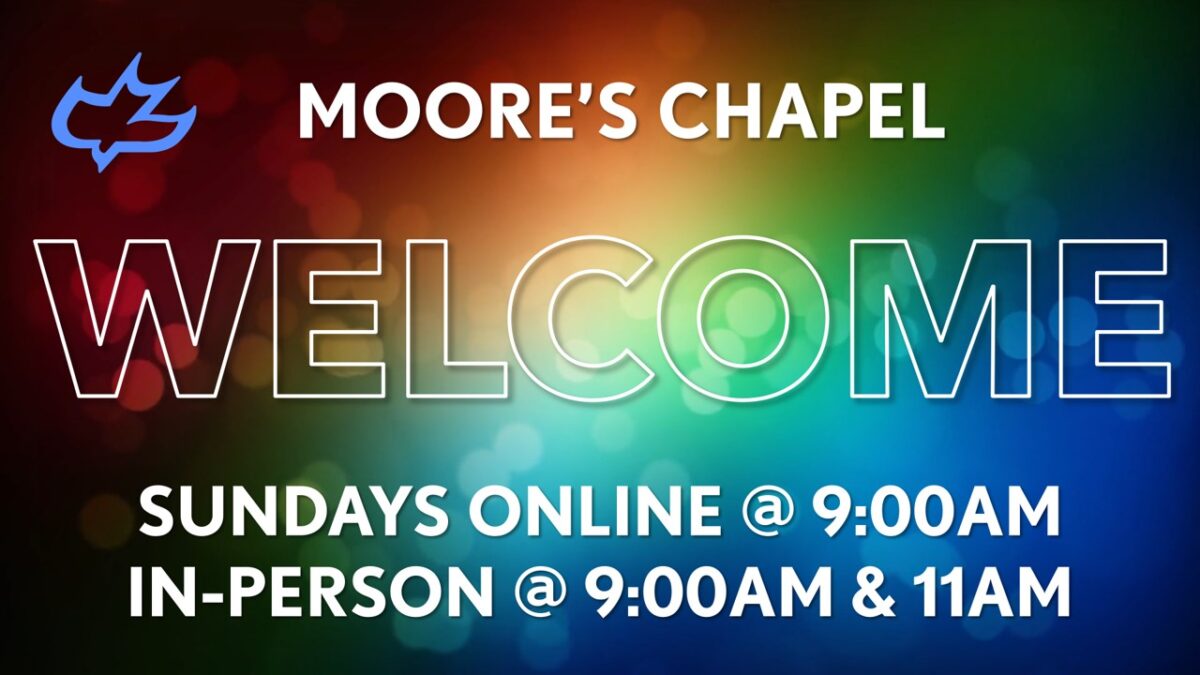 Moore’s Chapel United Methodist Church was named in honor of the Reverend Gabriel Moore, who deeded a plot of land to seven designated trustees and their successors.

The deed was dated April 24, 1869, and stipulated two conditions: (1) that a house of worship be erected thereon within three years, and (2) that a burial lot be reserved for him and his wife. This land was located near Fair View (now known as Blake), on the road from Lombard to Lewisville. Gabriel Moore was a successful business man who operated a pasteboard mill on his property near the church. He was an unstationed minister whom we might call a lay preacher. Although a trustee of Leeds Church, the Rev. Moore transferred his membership to the church which he helped to establish in his own community. His home was the abode of the Conference president on his annual visits. President Nichols referred to him as “a generous man and a good beggar for a worthy cause.” In more than one instance his name appears in the Conference Minutes as the lay delegate representing Cecil Circuit. 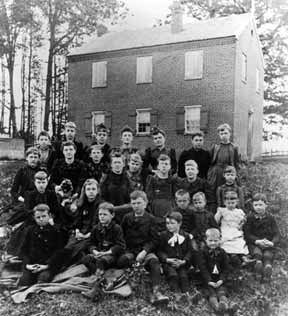 For several years worship services had been held in Fair View school house. The visiting president of the Maryland Methodist Protestant Conference, in his Notes of Travel to Cecil Circuit, 1862, relates: “Saturday attended a Sabbath School festival at Fair View school house, an appointment on the Circuit, and made two short addresses. Bro. Ewell (Superintendent of the Circuit) also addressed the school. He added, “This is a very interesting point, is greatly in need of a house of worship, and our people should lose no time in building one. It will richly reward the effort.” Although the Chronological Register of Qualified Members dates back to 1862, a charter was not issued until 1869, when the Rev. A. S. Eversole was Superintendent of Cecil Circuit. The church building bears the date of 1871. Most of the construction seems to have taken place in that year. The church was dedicated in 1872. 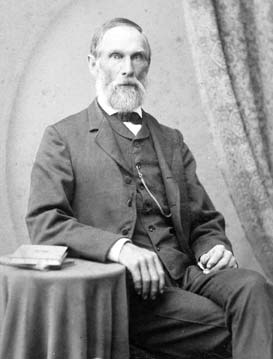 The building of a church must have seemed a momentous undertaking for the small band of 20 or 30 worshipers but, with Christian faith and determination, they set to work. After the land was deeded, John McAllister was engaged as builder and within the specified three years the church was completed, The Cecil Democrat, June 1, 1872, carried this item:

Church Dedication — The new Methodist Protestant Church at Fair View (Providence permitting) will be dedicated to the service of God, on Sabbath, the 9th of June 1872. The Revs. J. J. Murray, D. D., and A. S. Eversole, M. D., are expected to be present on the occasion. Services at 10 o’clock A.M. and at 3 and 7 ½ P.M. ~ William T. Dumm, Superintendent of Cecil Circuit.

According to William Underwood, the church was surrounded by a picket fence with a double gate to 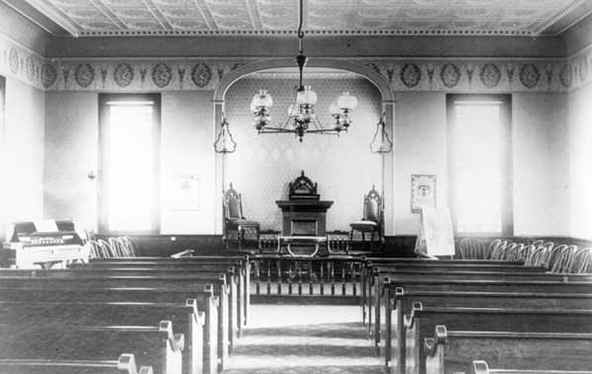 permit entry by horse and carriage and a smaller gate for pedestrians. Inside the sanctuary were two side aisles. A center partition assured segregation of the sexes, with the men sitting on one side and the women on the other. Lighting was provided by oil lamps in a chartricher suspended from the ceiling. On one occasion the church narrowly escaped being destroyed by fire when the chandelier came crashing down scorching some of the benches. In 1897 the pitch of the roof was raised to prevent damage by accumulation of snow and to improve the appearance. The ladies moved one step towards Women’s Lib when the center partition was removed and a center aisle took it’s place. In 1908 a vestibule was added, and the sanctuary assumed a new look when the walls and ceiling were covered with metal and a fresh coat of paint — all for the sum of $700! When rural electrification came to the area, electric lights were installed and other renovations made.

During the formative period of Moore’s Chapel history, the number of churches on Cecil Circuit is given as five, but their names are not recorded. Bay View was the focal point of the charge and the parsonage was located there. The Rev. James Nichols, in his Travel Notes, Cecil Circuit, 1862-65, mentions his preaching visits to Bay View, Leeds, Fair View, Mt. Olivet, and Harmony Chapel, nine miles from Bay View and one mile from Rowlandsville. Conference Minutes 1870-73 report seven churches — but no listing. However, Bethel Methodist Protestant Church, near North East, was deeded to the congregation in 1872 and, no doubt, became a part of Cecil Circuit at that time. In 1901 Leeds and Moore’s Chapel were set off from Cecil Circuit and became known as Leeds Charge, with the Rev. Edward Perry as minister.

Realignment took place in 1948 when the Cecil United Parish was organized as a seven-point charge — Moore’s Chapel, Leeds, St. John’s (Lewisville), Union, Zion, Rosebank (Calvert), and Ebenezer. The Rev. Louis Randall was minister in charge with two assistants. This alignment continued until 1959 when the Parish was divided, with Moore’s Chapel, Leeds, and Union comprising East Cecil Circuit; and Zion, Rosebank, and Ebenezer West Cecil Parish. Lewisville became a one-point charge.  In 1972 Moore’s Chapel and St. John’s became a two-point charge.

In the mid-80s, the church was completely renovated and a Sunday School/Fellowship hall was constructed and a vestibule area in the back of the church was added to the existing chapel sanctuary. On May 16th, 1999, a Church Conference was held.  At that time, Moore’s Chapel and Saint John’s were under one charge with Pastor Jack Cohen serving both churches.  After much soul-searching and prayer, the two churches decided to become a full time charge. This was not an easy decision.  It required a great commitment on the part of both churches.

The Trustees have had several improvements done to the church in the last few years, including the addition of a temporary classroom building and a new sound system in 2003.  In 2003 a Building Committee was formed to consider the addition of a new building to better serve the Church and the community.  In November 2005 plans were finalized and approved and groundbreaking occurred in the Spring of 2007.  The Underwood Educational Building was completed in June 2008 and consecrated in the fall of 2008.

Find Us on the Web